For most of Apple’s history, the company has been able to cast itself as a safer alternative to Windows-based computers. Hackers tended to focus the bulk of their efforts on Wintel boxes (Windows processors), rather than Apple machines. That has been changing in recent months. According to research conducted by Malwarebytes, over the past twelve months, there has been a significant upsurge in the number of attacks made against Macs. 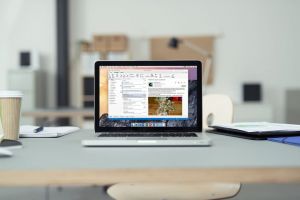 The researchers note, however, that the types of threats Mac users face are very different from the threats presented against Windows-based PCs, and are generally not dangerous. For instance, the most common infections Mac users suffer from are adware programs that display unwanted ads to infected recipients.

Naturally, there are cases of ransomware, keyloggers and banking trojans that target Macs. However, they are relatively less common than similar infections on Windows-based PCs.

If you’re a Mac user, don’t breathe a sigh of relief just yet though. The Malwarebytes research team concludes by warning us. They say although the 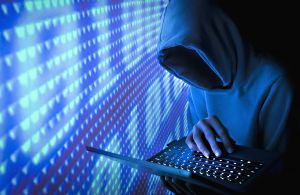 attacks against Macs are currently less destructive than the attacks made against Windows-based PCs, that could change at any moment. There’s nothing whatsoever keeping the hackers from swapping out adware in preference for a much more threatening piece of code.

All that to say, whatever type of computer you use day to day, it pays to keep your guard up. Nobody is truly safe.

Def-Logix does offer free consultation services for you, so you can make sure your place of business is running as smoothly as possible. Contact us today at info@def-logix.com.

Your business matters. Protect it.

According to research conducted by Malwarebytes, over the past twelve months, there has been a significant upsurge in the number of attacks made against Macs.. What is SASE? Secure access service edge, or SASE (pronounced “sassy”), is an emerging cybersecurity concept that Gartner described by… Cybersecurity and Hollywood’s portrayal of it
25 Sep 2019 WHY WORK WITH SMALL BUSINESS? Ukraine and Its Russian Cyber Adversaries

The past five days have been riveting following the invasion of Ukraine. Upon witnessing mass destruction by Russian military forces,… How to get started in an exciting career in cybersecurity!
02 May 2019 What is juice jacking? And how to detect it.

What is juice jacking We have probably all been there before, your at a concert or a convention then out… What is Office 365 Advanced Threat Protection? Microsoft ATP is a cloud-based email filtering service that can help protect your…